Will Cameras Win Out Over Lidar in AVs? 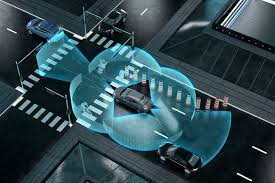 Will Cameras Win Out Over Lidar?

In the end will cameras be the sensor of choice for autonomous vehicles? Elon Musk certainly thinks so, but the 70+ lidar start-ups that are backed by billions in VC money don’t agree. Here’s one pretty strong, non-technical argument for the lower tech approach.

From an article in Silicon Angle by Betsy Amy-Vogt.

The world waits with anticipation as the forces driving technological change focus on transforming the automobile. Tesla Motors Inc. has set the bar for electric engines. But there are still safety questions surrounding the roll-out of autonomous vehicles.

Just how soon we will be commuting in an all-electric, autonomous car? It’s coming, said Rudy Burger (pictured), managing partner of Woodside Capital Partners and autonomous technology market expert. But it might not be the magic reveal we all expect.

Rather than an overnight sensation, cars will evolve “year by year until one year we wake up and: ‘Yep, my car will actually drive me all the way from home to work without me intervening,’” he added.

Thinking of an autonomous vehicle as a replacement for the personal car is only seeing half the equation, according to Burger. There are two distinct markets: personal and public transport.

While consumer vehicles that use automated driver-assist systems are the use case that many are eagerly anticipating, they are the less important market, according to Burger. He believes that robo-taxis — autonomous cars that are used in addition to or instead of traditional public transportation options — will be the first mainstream use cases.

He gives the example of a commuter taking the train to work, then having a driverless car take him or her the last few miles.

Will cameras win out? For the complete article click here.