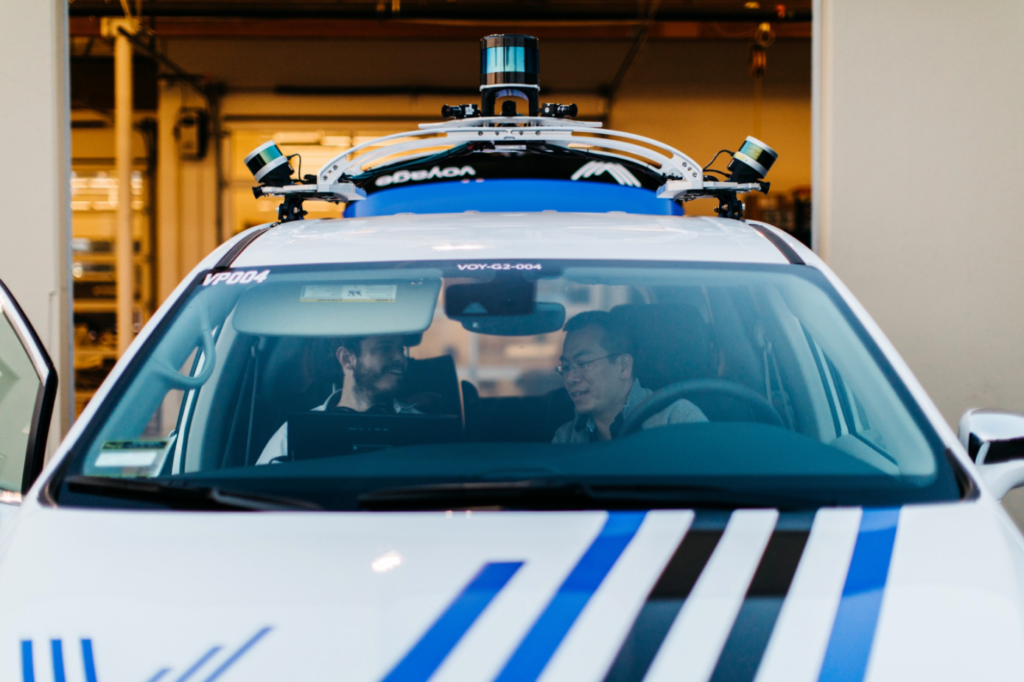 Voyage Can Operate on Public Roads

Voyage has cleared a regulatory hurdle that will allow the company to expand its self-driving service from the private roads of a retirement community in San Jose, Calif. to public roads throughout the rest of the state.

From an article in TechCrunch.

The California Public Utilities Commission issued a permit Monday that gives Voyage permission to transport passengers in its self-driving vehicles on the state’s public roads. The permit, which is part of the state’s Autonomous Vehicle Passenger Service pilot, puts Voyage in a new and growing group of companies seeking to expand beyond traditional AV testing. Aurora, AutoX, Cruise, Pony.ai, Zoox and Waymo have all received permits to participate in the CPUC’s Drivered Autonomous Vehicle Passenger Service Pilot program.

The permit also puts Voyage on a path toward broader commercialization.

The company was operating six autonomous vehicles — always with a human safety driver behind the wheel — in The Villages, a community of more than 4,000 residents in San Jose, Calif. (Those activities have been suspended temporarily under a statewide stay-at-home order prompted by the COVID-19 pandemic.) Voyage also operates in a 40-square-mile, 125,000-resident retirement city in central Florida.

Voyage didn’t need a CPUC permit because the community is made up of private roads, although CEO Oliver Cameron said the company wanted to adhere to state rules regardless of any technicalities. Voyage was also motivated by a grander ambition to transport residents of The Villages to destinations outside of the community.

“We want to bring people to all the things that live outside The Villages, facilities like hospitals and grocery stores,” Voyage CEO Oliver Cameron told TechCrunch in an interview Monday.

Voyage’s strategy was to start with retirement communities — places with specific customer demand and a simpler surrounding environment. The demographic that Voyage serves has an average age of 70. The aim isn’t to change its customer base. Instead, Cameron wants to expand the company’s current operational design domain to give Voyage a bigger reach.

The end goal is for Voyage’s core customers — people Cameron dubs power users — to be able to use the service for everything from heading to a neighbor’s house for dinner to shopping, doctor’s visits and even the airport.